Zona Blu is a taste above your traditional Italian restaurant. Thanks to Zona Blu’s success in Weston for the past seven years, it recently opened its second location in West Palm Beach.  Both restaurants specialize in cuisine native to the Mediterranean island of Sardinia, designated by National Geographic as one of the world’s five Blue Zones, where people often live to be more than 100 years old. That longevity is attributed to the region’s food/wine, lifestyle, family values, and social activity. At Zona Blu, diners can get a true taste of Sardinia’s cuisine and culture.

The restaurant’s menu features fare native to Sardinia as well as traditional Italian dishes. Its extensive wine list includes a large selection of Sardinian wines. The Zona Blu Bar features a selection of signature cocktails, with many made with Mirto, a liqueur unique to Sardinia.

Zona Blu’s menu consists of traditional Sardinian cuisine such as fregola (a pasta that resembles Israeli couscous) and gnocchetti (small, hand-rolled pasta not to be confused with gnocchi), paired with traditional Italian favorites. The specialties of the house include two distinct pasta dishes, Spaghetti alla Ruota and Spaghetti al Cartoccio. Spaghetti alla Ruota features a giant wheel of hollowed-out Parmigiano Reggiano cheese, aged 36 months and imported from Italy. The server prepares the featured pasta of the day tableside inside the cheese wheel, tossing it until the pasta is blended with the cheese.

Spaghetti al Cartoccio features spaghetti mixed with seafood in a fresh tomato sauce covered with a thin layer of pizza dough and baked to perfection in Zona Blu’s wood-burning oven. 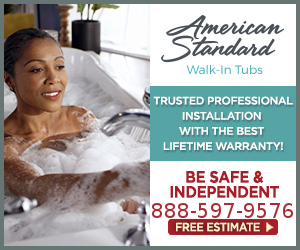 Copyright, Our City Media of Florida, LLC. All rights reserved 2022